NARBA is a collaboration between Houston Audubon and BirdsEye Birding. 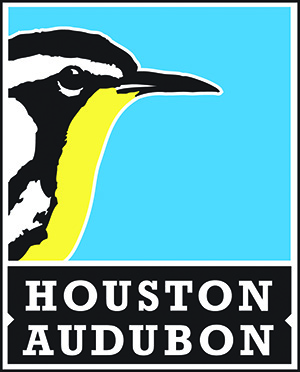 Bob Odear was a pioneer. To North American listers, his service "Bob-O-Link" initiated in the late 1970s was a quantum step forward. It is hard to give perspective to his accomplishment in the context of the internet which gives us instant access to rare bird sightings in North America. Prior to his time, reports of rare birds were often via a "telephone tree" of a few ardent birder fanatics who had the wherewithal to travel huge distances at the drop of a hat to see rarities. Bob-O-Link made that information accessible on the spur of the moment to everyone so possessed at a paltry fee. For those who were ready to dash across the continent, he offered a menu of birds one could pay extra to be called about, his "We Call You" service. Bob amassed a huge network of local birders experts who would phone him once a rarity was discovered and had been verified by one of the panel or someone they considered trustworthy. Then he or his ex-wife Pam would head to one of the monstrous answering machines they had purchased from Sears and Roebuck to put out the news. They had selected the machines because one could pause in the middle the recording. Bob used this so the paid subscribers could leave their membership number and their code name. Periodically, Bob or Pam would listen to who was phoning in and stop the message if they weren't card-carrying members. Later, they branched out into producing a monthly newsletter. But the work was very arduous and time-consuming. Unlike the answering machines which would follow the Sears giants, they could not be updated remotely. They had estimated at first there would be more top dollar "We Call You" subscribers than there were. The service consistently lost money, so Bob thought it would be a great idea if he could donate his legacy to a non-profit.

In 1989 Houston Audubon acquired the service from Bob Odear and oversaw operations through 2013. Throughout this period NARBA was managed by volunteers: Dr. Mike Austin (popularly known as “Dr. Bird”) (1989-2004), Steve Matherly (1997-2009), and Susan Billetdeaux (2007-2013). Originally a telephone service, NARBA evolved into a system of web-based reports and email alerts.

In 2013 Houston Audubon entered into a partnership with BirdsEye Birding to move NARBA into the mobile arena. NARBA continues its tradition of being essentially a volunteer-run organization, with overall management provided by BirdsEye Birding.

Houston Audubon promotes the conservation and appreciation of birds and wildlife habitat. One of National Audubon’s largest and most active chapters, its sanctuaries protect over 3,300 acres of vital habitat on the Upper TX Coast, including the globally famous Bolivar Flats Shorebird Sanctuary and four sanctuaries at High Island. Houston Audubon also provides exemplary environmental education programs that instruct on the critical needs of native birds and wildlife.

Profile of Birds in the Hand

The mission of Birds in the Hand is to support bird conservation and science through the eBird project. In addition to working hard to try to make the most advanced birding apps in the world that support and promote eBird, we also contribute a fraction of all of our sales to eBird and the Cornell Lab of Ornithology. BirdsEye is the only mobile app that helps you find birds worldwide and uses eBird data to show you barcharts for birds found in your area or any region around the globe.